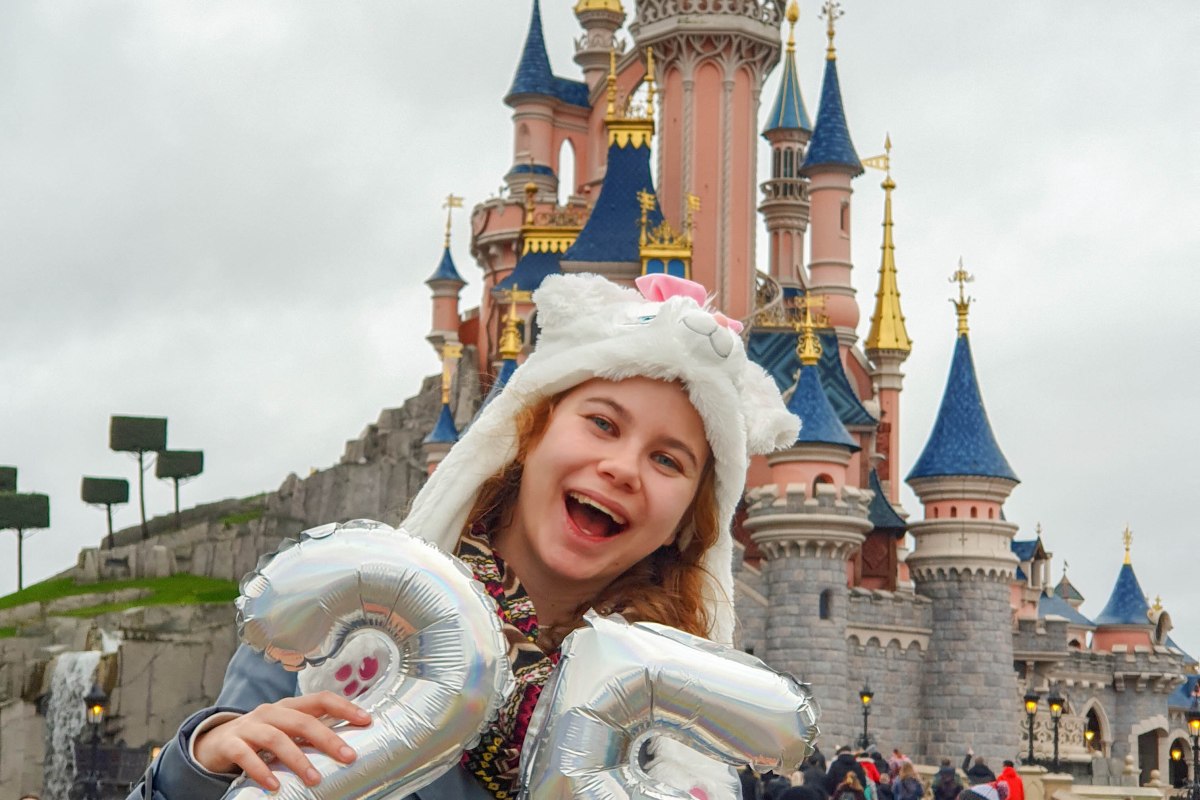 A few months ago I had this awesome thought. On my birthday, I want to wake up in Disneyland. I convinced the boyfriend (which didn’t take that long) and we booked a happy weekend away from january 31st to february 2nd. Last weekend, the weeks of waiting had finally come to an end and it was time for three days of rollercoasters and happiness!

For the ones of you who haven’t been here before, Disneyland Paris is divided into two theme parks. The first and biggest park is Disneyland Park and the second one is Walt Disney Studios Park. We had booked an arrangement with three days entrances to both parks, two nights staying in the Davy Crockett Ranch with breakfast and halfpension included.

After driving towards Paris for about 5,5 hours, we headed into our hotel to get our magic passes, that would grant us entrance, free parking and dinner. And then it was finally time to actually visit the park!

The first two days we wanted to explore the main park, since it’s way bigger and there are lots of fun rides. I’m glad we were there on friday already, since it proved to be way less crowded then in the weekend.

When entering Disneyland Park, the first thing you’ll see is Main Street, which is a magical place filled with cutesy little shops, old cars and people taking pictures of the famous pink Castle, which is visible on the horizon.

After taking a few selfies with the castle and sending them to my colleagues to make them jealous, we headed over towards Adventure Land. Disneyland Park is divided into five areas: Main street USA, Adventure Land, Frontier Land, Fantasy Land and Discovery Land.

I’ve been in Disneyland twice before and twice I have been in the line for the Pirates of the Caribbean ride. The first time, after standing in line for an hour or so, the ride broke down… The second time, we were in line, walking slowly, until we found ourselves outside again. Apparently, they had found a suspicious red suitcase and had guided everyone outside of the attraction quietly. Bummer! So this time, my mind was set! We wandered around Adventure land, saw the awesome pirate ship and explored the caves before getting in line for the attraction. It took us thirty minutes but I finally did it. It was not a rollercoaster but more of a ride with puppets that depicted pirate scenes and it was really cool!

There were a few shows planned this weekend that I wanted to see, and one of them was a Frozen 2 show, with Anna, Elsa and Kristoff and some dancers. They had the songs in English and to be honest, the actors didn’t do much besides dance a little, but it was cool anyway.

Next, we explored the castle a little bit. It had stained glass windows that depicted the story of Sleeping Beauty, a dragon in the dungeon (but it was closed on Friday so we went on Saturday) and a perfect view of Fantasy Land, which is where we were headed next to go on the Small World ride, because you can’t really not go on it, even though the song will be stuck in your head forever.

By this time, our feet were hurting already so we decided to go on a small boatride that would let us rest our feet, so we stepped in these little boats of Le pays des contes des Fées that led us through tiny depictions of famous fairy tales.

Fantasy Land is my favourite part of the park because of the simple reason there’s a Alice in Wonderland area, which is my favourite book of all time. It’s not my favourite Disney movie, but it’s still awesome to walk inside the world for a little bit.

There’s the Curious Labyrinth that actually got me lost for a little while (which is not very surprising, since I have no sense of direction at all and will even get lost inside a shopping mall). It’s so fun, with little doors and characters of the film depicted everywhere. And then there’s the palace of the Queen of Hearts at the end, which will give you another view of Fantasy Land.

It was an awesome first day in Disneyland, and next up would be my actual birthday!